last post by RJS
What gig did you just go to?

last post by admars
Actually, I'm something of a Youtuber myself

last post by Pete-MK
What are you listening to now??? (Music recomendations)

Review
Review for Ride Your Wave

Review
Review for Onoda: 10,000 Nights in the Jungle

Review
Review for Knights of Sidonia: Love Woven in the Stars

Review
Review for Is the Order a Rabbit? BLOOM - Season 3

Info and forum posts by 'Pete-MK'

Not something I usually do, but I felt for this particular subject, I had to show my face. Flat Earthers kinda have that effect on me

Another thumbs up for Recuva, which I use a lot. FYI, if you just quick format the SD card the files may still be recoverable, as simple formatting is just bulk deleting, removing the labels as you mention. It's when you uncheck the 'quick format' box that's when the card is properly wiped.

Yeah, enjoyed that. It would be easy to just fill out the screen with special effects in place of a story but that was 90% character development, and without likeable characters, it would have fallen on its arse.

I've had to de-list the Biggles vid as some third-party outfit keeps claiming copyright on 15-second sections, one after the other. I've appealed but they're still claiming ownership, even though the film is nothing to do with them. Happens a lot, apparently

Here comes the spin, but there seems to be very few backing him up

Quote:
"I think this is a very good result for politics and for the country. In this sense I think it's a convincing result, a decisive result and what it means is that as a government we can move on and focus on the stuff that I think really matters to people"
Not a clue...

A worse reusult, a MUCH worse result than Theresa May, and she only lasted another six months

Quote:
Gareth Williams says...
"Plus there are way too many characters, leaving a bunch of them with barely anything to do. "
Sort of agree, and at the moments it's suffering from the Phantom menace problem. But if there's one thing the Duffer's are good at, it's tying up loose ends. The Will/Mike/Johnathan/Argyle sub-plot seems disjointed at the moment, but..

There's plenty of time for the stories to converge, and the useless characters to show why they're there

If you're wondering about what all the Kate Bush fuss is about. This is possibly the mostest awesomest scene created for a TV show ever. I genuinely couldn't breathe until it was over

One thing being talked about a lot is how the scene is a metaphor for Max's mental health & depression after the death of her brother, and how realising her friends were still there for her helped her escape, physically & emotionally. Amazing stuff

Quote:
Will Walden, who was Johnson's spokesman when he was Mayor of London, tells the BBC's World at One that the PM is unlikely to resign and it would take "several people with revolvers in the room" to persuade him to go.

"Boris will be taken kicking and screaming out of the front door of No 10. There is no way that the thing that he has wanted all his life he is going to give up easily on," Walden says.

Found the poll results, from way back in 2006, so some of the more recent efforts obviously won't be included.

(Poll selections were the top 2 of 3 previous polls)

Quote:
Jitendar Canth says...
"What was the last Bond Theme you really liked?"
Think I did  a poll about themes a few years ago. Can't remember what came out on top though.

A personal favourite was always Goldeneye. But You Know My Name is getting up there lately

One of the larger differences between the two cases, and something anyone would have heard a lot about if they were watching the case, and that's the use of hearsay. In the US, in cases like these, you can't say think like 'Person A told me', as because it's not written down or published anywhere, it's inadmissable, especially in defamation cases.

In the UK, you CAN say 'a source told us', or imply you consider something as true because someone you know told you as much. It'll probably get ripped to shreds in cross-examination, and rightly so, but over here you're allowed to voice a wobbly opinion, wheras in the US you have to state what you know to be true, not just what you think.

At least that's what I've gleaned from listening/reading gumph about the case.

One other aspect of why Johnny lost the UK case was because the Sun, for whatever reason, was allowed to play a large part in telling the lawyers what to say and what to ask. Plus Johnny wasn't 100% invested in the case, and more interested in the early stages of this one.

Bit confusing. Johnny's been awarded $15 million (10+5) as all of Amber's claims have been found false.

Then the judge mentioned something about capping the award st £350,000, but not sure what that means

"Did you find Ms Heard acted with actual malice" - yes

Jury called in. Judge reads verdict. Calls lawyers forward, then tells the jury they need to go back out and fill out a part of the form they missed out, namely the amount of compensatory damages that should be paid, which can be a token sum of a dollar.

But I'm not sure the mics should have been turned back on then , as the judge mentioned 'defamatory statements' - which is what Johhny's team were argueing about.

Verdict still to come. Johhny isn't there as he's over here doing gigs with Jeff Beck.

US law is bonkers

Might be a blast from the past for some

Apologies, I meant during the case. If they want to get some money off the media after the verdict that's up to them, but depending on the case, that may give more grief than they're expecting

Quote:
Brooky says...
"We don’t get to see the jurors at all"
And you never will. If their identity is revealed, in any court case, they can be threatened, bribed, influenced or intimidated by 'concerned parties'

Not exactly taking the route i thought it would, but when you think about it...

SPOILER:
Of course it was going to be about Leia. Luke's upbringing was boring, as he mentioned several times in ANH. leia grew up to be the leader of the rebellion. hers is a much more interesting backstory
Plus, coolest SW end credit ever. 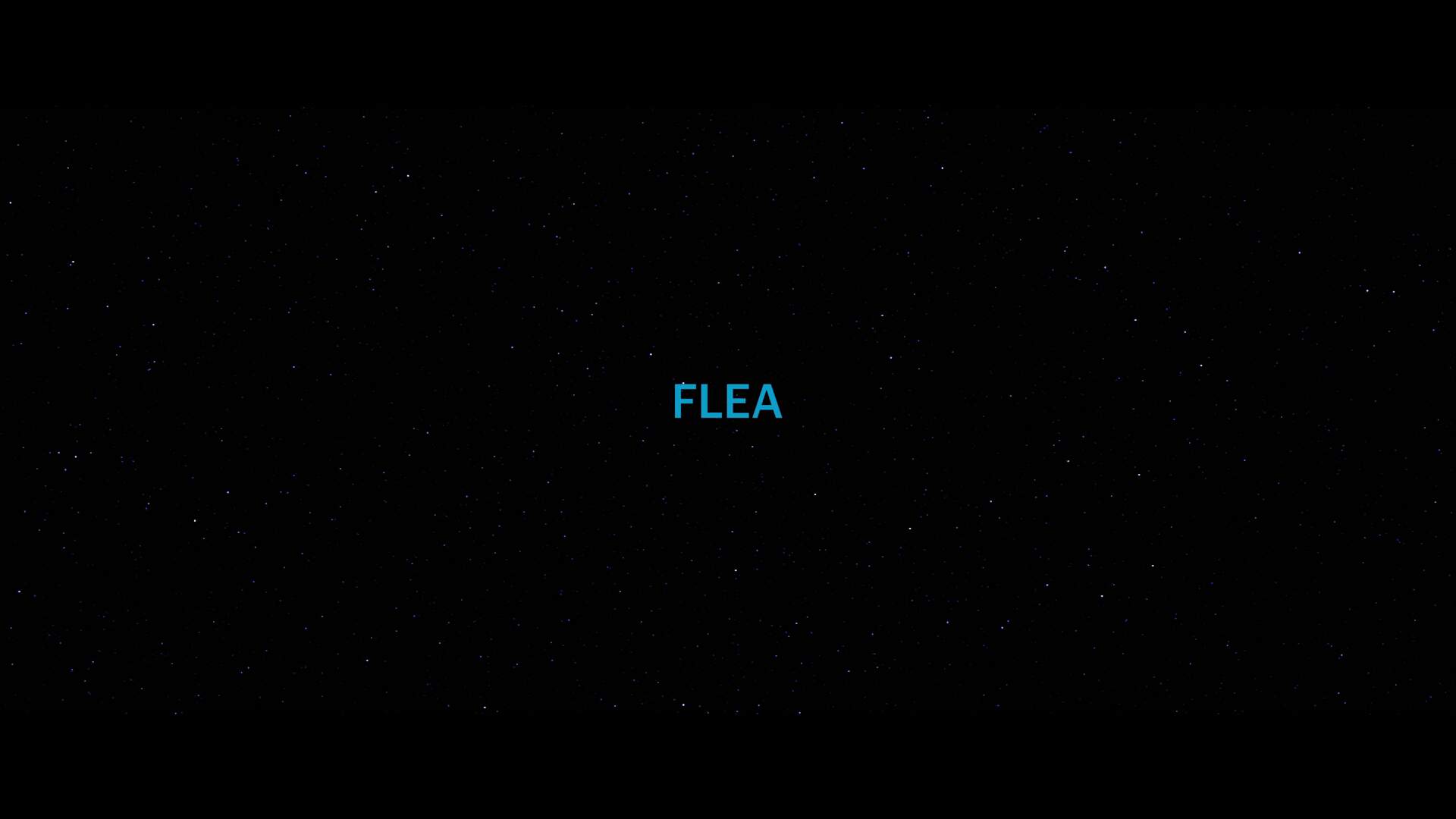 I'll be honest, the only game I've played all the way through was Infinite, but now I have a reason to play the others.

Bundle includes 1 & 2 remasters, and all DLC's for Infinite

I never knew I needed a Mon Mothma backstory until now

Quote:
RJS says...
"I notice someone is missing... I didn't realise Val Kilmer had lost his voice to cancer"
He does show up in Top Gun: Maverick. The scene is a little awkward, but worth it.

RE: The Incredible Sulk

Good to see Tim Roth back in the MCU, from when before it was the MCU

Walked into the iMax yesterday and just caught it. Looks spectacular, but hopefully not more of the same

RE: [VIDEO] The Unbearable Weight of Massive Talent

I hadn;t seen that red band trailer before I went to see this and I'm glad I didn't as it gives away a hell of a lot of the movie. There's no plot preamble to be told as it's all in plain sight, as it occurs.

But I will say this is one of the most enjoyable movies I've seen this year, and last, probably. Top 5 at least. Hell of a backup cast as well. Pedro is ok, if a little creepy in places. Sharon horgan plays his estranged wife Olivia, and it's a telling of how long ago this movie was shot as Lily mo Sheen looks a hell of a lot younger than in all those *selfies* that keep leaking onto the internet, bless her.

I really recommend it. There's an LSD scene in the middle that is bookended by identical shots either end, presumably so it can be edited out for countries that have a problem with that kind of thing, and there's several shots & scenes in that trailer that didn't make it onto the final edit.

Yes, it's meta, and you know how it's going to end because the meta-ness leaks into the script and it's telegraphed at the end of act 3, and it knows it.

RE: Buying an SSD to upgrade a 4yo laptop

Quote:
sj says...
"Where were the adware things from?"
It was just on a website I found to refresh my memory on how to convert from MBR to GPT. It wouldn't install onto the drive as it was the wrong type, but most sites try to convince you to download their pointless software, but in the next breath show you how to do it in diskpart. It may have been the formatting I did the other day that threw a tiny spanner in, but all good now.

RE: Buying an SSD to upgrade a 4yo laptop

Well, that startup speed is nothing short of remarkable. Took some MBR/GPT juggling and ignoring of suggestions for crappy adware-loaded software to complete a simple diskpart command, but she's up and running.

many thanks for the advice & support, as always. Who needs PC world?