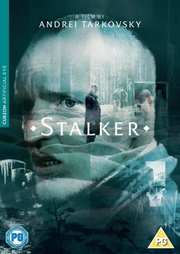 Article
The New Twilight Zone: The Complete Collection out on DVD this April

Article
E.T. comes to Blu-ray and back to DVD complete with guns this November

Article
Fringe: Season One out in September

‘Stalker’ is an absolutely stunning film. How I’ve managed to miss Director Andrei Tarkovsky's work until now is a complete mystery to me. Maybe I’ve subconsciously avoided his films, imagining them to be too ‘difficult’ or too Russian. I guess I hadn’t realised what a stunning auteur the man is. Since watching ‘Stalker’, which blew me away, I’ve managed to watch another of his films and have every intention of tracking down as many as I can lay my hands on. For me it feels like when you discover an unbelievably great band and you want to track down their entire back catalogue. To say I was impressed would be a gross understatement. By any yardstick you care to use, ‘Stalker’ is simply a great film. If you love great films, you have to see it.

Although it’s available on Blu-Ray (picking that one up over the DVD is a no-brainer) the disc I reviewed was a DVD.

‘Stalker’ (1979) was Winner of the Prize of the Ecumenical Jury at the Cannes Film Festival, that year and caused something of a sensation. Was it an art-film? Was it a dystopian sci-fi? Was it merely socio-political drama? Obviously it was all three and much besides.

When it started, in dark blue hues of cloudy blue and full frame (more or less), I wondered if it had been shot on video. Only later did it occur to me that, despite it’s very low budget, it was probably 16mm. Yet despite this, or maybe because of it to some degree, it was so perfectly reflective of the mood of its subject matter. Long, lingering shots cleverly lit, perfectly composed as well as hopelessly ambitious, yet wonderfully executed, long tracking and crane shots where focus pulling must have been nightmare, reflecting the dark and foreboding, restless and nightmarish atmosphere of the film. 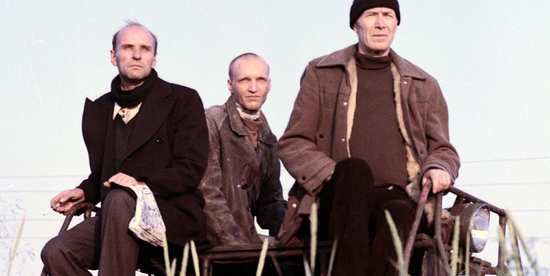 The film starts with some very depressing scenes when a man tells his clearly long suffering wife (and their young daughter) that he has to leave again – to visit ‘the zone’. As a self-confessed ‘Stalker’, this strange, haunted man (Aleksandr Kajdanovsky) just can’t seem to shake off his need to re-visit a highly guarded, forbidden zone in his home country. Not only that, he’s not alone. An alcoholic writer (Anatoli Solonitsyn) also feels compelled to take a trip – as does an unnamed Professor (Nikolai Grinko).
Meeting in a bar that would not look out of place in David Lynch’s ‘Eraserhead’, they set off together – stepping into a highly guarded world that could be a that of some dystopian future, or perhaps just communist Russia. There is nothing that clearly gives the era away.

Dodging many guards, they make their way through a barbed wire protected gateway and beyond, using a small rail carriage for the bulk of their journey, literally dodging bullets as they pass into the forbidden zone.

It seems that many years ago, a giant meteor fell to earth and its radiation killed off all life in the vicinity. Scientists were sent in to investigate, but they too never returned. So the army sealed off the whole area. Then the rumours started; Aliens had landed and there was now a place where people could go (‘The Room’) to get their wishes granted.

But something is driving this trio beyond rumour and superstition. They are each seeking some sort of genuine enlightenment on the human condition.

Although penning a summary of the narrative in this way does accurately represent the film in some regards, it does no service to its brilliance in other regards. It has a special, nightmarish ambience that needs to be seen and which defies description. Using a combination of perfectly framed and often moving shots, Tarkovsky brilliant mixes in music and ambient effects to create a truly unsettling experience. The film runs for almost three hours and yet, even mid-way through a ten minute reflective sequence, it never feels slow or tough to watch.

Lots of visual, almost painterly effects are used where images are completely de-saturated and flashes of autumnal sunlight break through the gloom as the camera tracks over a series of objects partially submerged in a stream for example. Utterly beautiful in some ways, and yet unsettling and dark too. 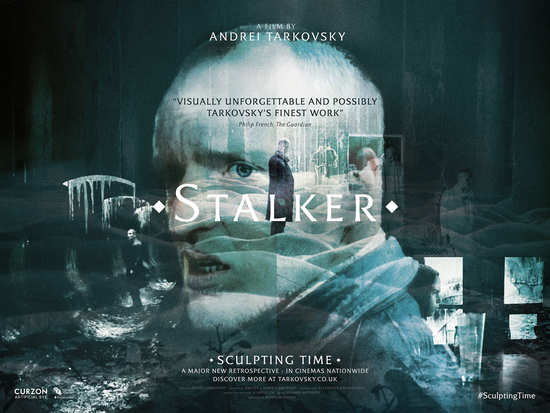 Presented in an aspect ratio of 1.34:1, which is virtually full-screen, image quality looks good on DVD though I suspect will look really special on Blu-Ray.

Sadly, there are no contextual extras on the DVD, disappointing as this was my first ever Tarkovsky film – though it certainly won’t be the last.
Highly, highly recommended and a film which will definitely get a second airing in my home at some point this year.