Another autumn MCM Comicon has been and gone, and once again, I take it easy in front of my laptop, waiting for the Tweets to come in. The hard work has been done by sites like Anime UK News and the like, and I’m just the echo chamber, adding an opinion or two where it seems appropriate.

Anime Back on Mainstream Terrestrial TV! (Kind of)

For a long time TV was my intro in many genres and media of entertainment. With anime, the indoctrination started early with serialised kids’ TV animationd back in the eighties, but the first time I watched anime, knowing it was anime was when the BBC showed Akira, and the Wings of Honneamise. But then Channel 4 started their Late Licence strand of programming, featuring several anime series, shows like Cyber City Oedo 808, and The Legend of the Four Kings. And now, in 2019, one of the first news snippets to come from this week’s MCM Comicon, was that Channel 4 has anime again!

Except that it’s not going to be on TV, it’s on their All4 streaming service, over 100 hours worth, and all of it dubbed in English. Right now there’s no separate category or easy way to find it, so here’s the list of titles announced, most are up already, some are yet to be uploaded. Just search for the one you want, or use the A-Z listing.

The following titles are expected to appear in the future.

If these shows get enough streaming views, who knows? Maybe they’ll wind up on an actual TV channel as well.

Once again, just two distributors were announcing stuff over the weekend, and only Anime Limited had an industry panel. New licenses were mixed up with updates for existing titles to be released, so things are bit of mish-mash

New titles from Anime Limited include.

Theatrical releases for the films...
Weathering With You
PROMARE

MVM let Twitter do the talking, and confirmed release dates for the following...

Those titles have all been previously announced, but new licences from MVM comprise

Other previously announced titles confirmed for 2020 include

That’s a lot to be chewing on, and we’ve yet to discover what new goodies Funimation will bring us through Manga Entertainment! 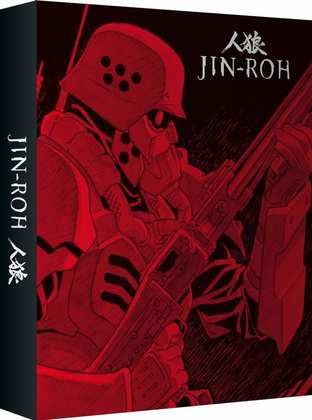 The first review of the week was for Jin-Roh, a film I’ve looked at before when I got my hands on the UK DVD from Optimum. It now gets a Blu-ray Collector’s Edition from All the Anime, and I have to say that it is well worth the double dip. The improved image and sound quality do full justice to a rare, adult, intelligent, and thought provoking film. Set in an alternate post-war Japan, torn apart by civil unrest, it takes a look at authority and terrorism through the prism of a fairy tale. Effective and affecting, it’s well worth watching. Click on the review to read more. 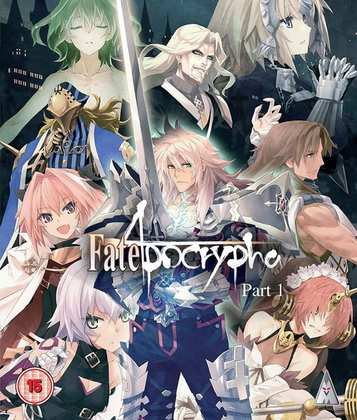 I sum up my review for Fate/Apocrypha Part 1 by comparing it to a Michael Bay movie, and that is really all you need to know. The Transformers movies are crowd pleasers, multiplex fillers, grand visual and auditory spectacles that make their money back and then some, but will leave Mark Kermode smashing his head against various solid objects. Fate/Apocrypha is a twist on the Fate/Stay Night story, doubling up the heroes and mages, adding more twists and turns, a lot more in the way of action, and it looks gorgeous. It’s a crowd pleaser that makes me wish for a concussion. 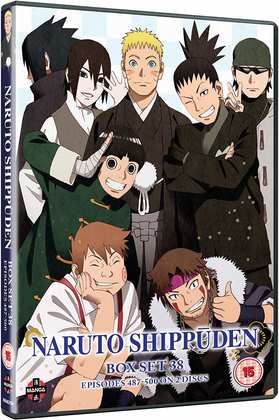 It is, finally over. The Naruto saga is completed with this release, Naruto Shippuden Collection 38 (If narrative convention holds, this is where Manga Entertainment announce that they’ll be re-releasing the whole thing on Blu-ray) and if I’m honest I have mixed feelings about it all. When Naruto was good, it was brilliant, but when it was bad it was dire. I think in all fairness, the good outweighed the bad, as the tale of a young alienated wannabe ninja, with dreams of becoming a beloved leader unfolded over 13 years and almost 800 episodes. This final collection comes after the main story ends, but ties up some loose ends, and goes out in the best way possible. 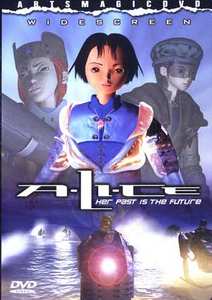 A.Li.Ce. I know that I started this little section of the round-up as a chance to look back over titles that might have flown under a few radars, or which might deserve re-evaluation in a new light. But I also find that there are more and more titles getting a final viewing, shows which I watch again, and decide to retire from my collection to a metaphorical loft space. A.Li.Ce is one of these titles, a CG sci-fi movie from 1999. At the time, Pixar had already made a splash with Toy Story and A Bugs Life, proving what CG animation was capable of, and other studios were rapidly jumping on the bandwagon. A.Li.Ce was Japan’s first feature length CG animation, telling the tale of a girl from the year 2000, who went on a space shuttle trip, only to wake up in the future of 2030, a post apocalyptic world that is all apparently her fault.

This film is dire. I must have been more forgiving in 2004 when I reviewed it, but it doesn’t stand up today in any way. The story is hackneyed, the characters are wooden, and it’s interminably dull. That’s before we get to the animation. A.Li.Ce plays out like a ninety minute long Playstation cutscene. That’s the original Playstation. Here’s my review of when I was willing to give it the benefit of the doubt, but imagine watching 90 minutes of footage that looks like the trailer. Artsmagic released A.Li.Ce on DVD in the UK and in the US and it’s hard to find now. Second hand will be your best bet.

All the Anime release Jin-Roh on Collector’s Edition BD/DVD and on Standard DVD today. Incidentally, the DVD is worth double dipping on too if you have the old Optimum disc and can’t play Blu-ray. MVM’s Fate/Apocrypha Part 1 came out on Blu-ray on September 30th, while Manga Entertainment’s Naruto Shippuden Collection 38 DVD came out on October 7th.