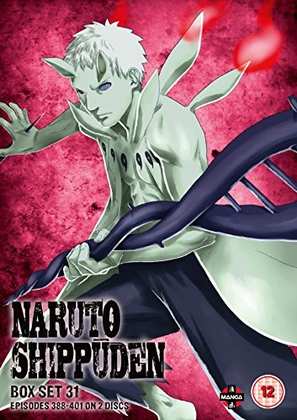 Inertia is the inability to change direction. It’s related to momentum. Momentum is mass multiplied by velocity. In this case, we have a mass of 800-odd episodes, and ten or so movies, with a velocity of an average of 4 releases a year. That has to explain why I’m still reviewing the Naruto anime, even when we’re at Naruto Shippuden Boxset 31. 31 releases of Naruto Shippuden for Sakura’s sake! Inertia will also determine whether you buy another volume of Naruto, even one as weighted towards filler as this one is. You don’t need my review, but just in case, it’s there to click on. 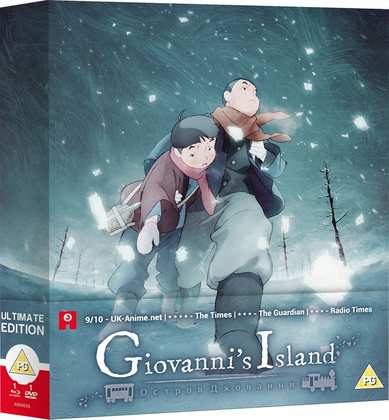 There’s only one Giovanni’s Island, so a review will be a lot more useful in this case. I took a look at the Ultimate Edition, which comes with just the right kind of physical extras to support its tale of post-war hardship in what was one of Japan’s northern islands. Two brothers are growing up as the Second World War comes to an end, and in the early Cold War rush to spread influence, their island is annexed by the Soviet forces, and they have to deal with an occupying force different than the rest of Japan. The film describes their hardship in the post war years, as well as the friendship that forms between them and a Russian girl named Tanya, daughter of the Soviet commander. 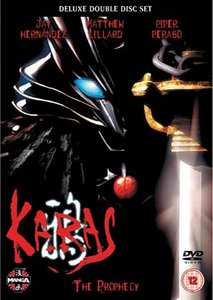 Karas: The Prophecy. Familiarity doesn’t breed contempt, it breeds comfort. I have seen Karas so often now that it so easily becomes wallpaper for me, especially if I watch it late at night. It’s comfortable enough to put me to sleep. Not that it’s boring, far from it! It is one of the most ambitious, striking anime OVAs from the mid 2000s, an early anime superhero, a genre that has only recently been embraced in Japan. Karas is a sort of supernatural samurai Batman, born of human but tasked to maintain the balance between the human world and the spirit realm. A former Karas is tired of that, and has plotted to give yokai material form, to tear the human world apart. It’s a far reaching conspiracy that the current Karas is hard pressed to deal with.

They threw some serious money at Karas, and it tells in the storytelling style, the CG and 2D animation blend, and the epic soundtrack. Karas is one seriously cool and stylish show. The problem with it is that there’s not a lot of substance to go with that style, certainly not enough to keep my eyes open, unless I watch it during daylight hours. Here’s my review for Karas the Prophecy. Manga Entertainment released Karas: The Prophecy on DVD in 2006, and its sequel, The Revelation in 2007. There was also a complete collection. It’s all deleted now, but you should be able to find a few copies on sale second hand, if not new. There was briefly a hope for a Blu-ray release but unfortunately that never happened. This show does deserve HD.