Event
As It Occurs To Me

DVD
So I Suppose This Is Offensive Now! Brendon Burns Live

Article
The Comedy Store : Raw and Uncut - in cinemas February 2013

Article
Pam Ann: Queen of the Sky flies into London this Autumn

Article
A guide to the Edinburgh Festival Fringe 2013 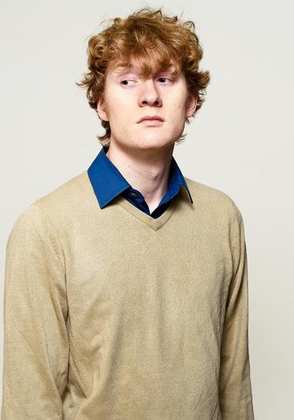 “Beautifully constructed “art of stand-up” stuff from the young comic. In years to come, this show will be taught in schools as the perfect how-to example” - The Sunday Times

As recommended in our own Edinburgh 2013 guide...

Promising to bring more low-key stand-up, whimsical anecdotes and playful wit; James will tell you how he’s attempting to clear Yoko Ono’s name, why he continues to dress head to toe in Marks & Spencer and the manifold reasons why he’s obsessed with Mariachi music.

Since performing his critically acclaimed, first Edinburgh Solo show ‘Amongst Other Things’ in 2011, he has gone on to perform at the Edinburgh Fringe Festival year-on-year and has receivednominations for the Foster’s Edinburgh Comedy Awards in 2012 & 2013, as well as a New Zealand International Comedy Festival nomination for Best International Show. As well as appearing on stage, James recently recorded ‘James Acaster’s Findings’ for BBC Radio 4 and makes regular appearances on XFM’s, ‘The Josh Widdicombe Show’. James has also made a number of television appearances including, Never Mind the Buzzcocks (BBC Two), Sweat the Small Stuff (BBC Three), Russell Howard’s Good News (BBC Three), Dave’s One Night Stand (Dave), Show and Tell (E4), Live at The Comedy Store (Paramount) and the Edinburgh Fest Comedy Gala (BBC Three).

“Deliciously daft and no slouch in the surprises department” Evening Standard

“One of the sharpest comic minds to have emerged in recent years.” The Guardian