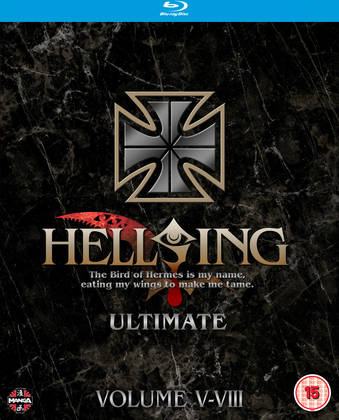 London's burning in Hellsing Ultimate: Volumes 5-8 as assault zeppelins, SS vampires and pistol-toting Iscariot fanatics turn the UK capitol into a bloody ruin. The collection opens with vampire count Alucard trapped onboard an aircraft carrier in the middle of the Atlantic, giving the monstrous Major and his army of undead stormtroopers their opportunity to launch a full scale invasion of Britain. As Integra, Seras and the other operatives of the secret Hellsing Organisation fight to stem the Nazi tide and save the city, Alucard's old antagonist Alexander Anderson mobilises the hooded priests of Iscariot for war. The forces of Heaven and Hell will clash once more, and London is their battleground. But Alucard is also on his way …and the badass vampire is in no mood to show mercy.