Article
John Banville's The Sea comes to DVD in June

Article
Oscar winning The Piano comes to Blu-ray this May 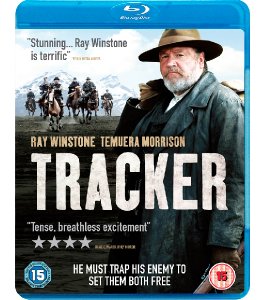 Tracker stars Ray Winstone (The Departed, 44 Inch Chest, Sexy Beast) in one of the most powerful and adventurous roles of his career to date.
An epic manhunt set in 1903 against the spectacular backdrop of New Zealand's remote, rugged and dramatically beautiful South Island, Tracker teams Winstone with acclaimed New Zealand actor Temuera Morrison (Once Were Warriors, Star Wars Episodes I & II, The Green Lantern - out summer 2011).

Ray Winstone stars as Arjan van Diemen, a legendary guerrilla fighter from The Boer War who is promised a huge bounty if he can hunt down Kereama (Morrison) a Maori seaman who goes on the run after being wrongly accused of murdering a British soldier. But as the chase escalates, the two opposing men realise they share more than just a common enemy in the British…

Tracker is directed by Ian Sharp, whose acclaimed television work includes Robin of Sherwood and Tess of the D'Urbervilles and who was action director for the Bond film Goldeneye, produced by David Burns and Trevor Haysom. Tracker is executive produced by Stephanie Pettigrew, Gareth Wiley, Richard Fletcher and former Crimewatch presenter and novelist Sue Cook.