Anime on the Big Screen… Up North!
You're probably used to reading about London's Barbican hosting another anime festival every few months, which is all well and good if you're local. But quite frankly, if you made the decision to live away from civilisation, you deserve what you get. And what you get is theThought Bubble Comic Festival, part of the Leeds Film Festival running from the 13th-16th of November. It looks at all forms of comic book art, mostly of Western origin, but there is some manga in there as well. There are film screenings too, and anime fans should take note of Sword Of The Stranger, Mind Games, Detroit Metal City, 20th Century Boys, and Death Note - L: change the WorLd. Click the link for more information. Thanks to UK Anime for the news. Also note that Cosplayers will be admitted for free. And this Londoner is feeling quite jealous.

Anime Online, Free and Legal
There are not a lot of new shows to talk about at this time, as it seems that there's a lull in the spate of anime coming online direct from the studios. That isn't exactly true, as in past weeks, ADV, Funimation and Toei have been putting a lot of their catalogue on Youtube, Crunchyroll, Joost and Hulu, but alas the perennial problem of licensing strikes, and it turns out that all this fresh anime, hundreds of hours worth, has been restricted to North America. When did the Internet get region coded?

But there is some interesting news to report. The Godfather of Anime, Osamu Tezuka would have been 80 this year. And to celebrate this anniversary, moves are afoot by the Tezuka Productions studio to put his entire catalogue, pre-2000 online for everyone to experience and enjoy. That includes shows like Astro Boy, Kimba the White Lion, Princess Knight, Black Jack, Phoenix, and many more, as well as his prolific manga output. It will be a massive, three-year effort, which will also see Korean and English sites created as well as the Japanese sites. Read more at Anime News Network.

It's alive… It's Alive!!!
ADV US that is, who have just announced that they have licensed the Princess Resurrection anime series. Earlier this year, when the kiss of life was applied to the organisation, the implication was that ADV US would be concentrating more on the live action side of things with the new Switchblade Pictures label, and this winter sees quite a blitz of new titles arriving. With the announcement of this new horror comedy anime, it looks as if there's still life in the anime side of things too. Of course what this means for the UK market is unclear, but fingers crossed eh?

Stop the world, I want to get off
Interest rate cuts, the smidgen of hope in the economy as it looks like the financial fat cats may actually work together to fix the imminent problems, and to top it all off, the second coming, the Messiah, Barack Obama as the next president, who will heal the world simply by using his considerable aura. It was looking like such a good week. And then this… Spielberg to remake Oldboy, starring Will Smith. Oldboy was the Park Chan-Wook film, adapted from a Japanese manga, that saw a businessman, kidnapped and imprisoned for 15 years, without apparent reason or explanation, and then let loose to search for his tormentor and exact a hammer blow of vengeance. Those of you who have seen the film will know that Oldboy has a twist that is just so wholesome, family friendly, and sugary that it is right up Spielberg's alley. And who wouldn't pay to see the Fresh Prince eat a live octopus? Shake your head in incredulity after reading the report at AnimeOnDVD. 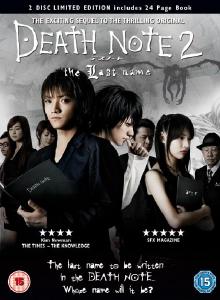 It was a case of more anime adaptation than actual anime in the reviews also last week, which may seem like cheating in an anime blog, but when you start the week with Death Note 2: The Last Name, it's easy to forgive. The first Death Note film seemed like a faithful adaptation (read retread) of the manga and anime up until the final reel, when it took an almighty detour, leaving me salivating for the final instalment. Filmed back to back with the first film, Death Note 2 resolves the psychological mindgames that began when student Light Yagami came into possession of a notebook that killed anyone whose name was written in it, and when master detective L took on his most challenging case. Click the link to read the review of the conclusion. 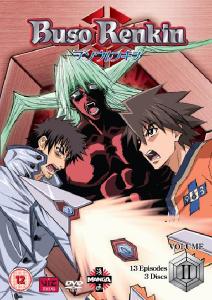 The week's actual anime came from one of last month's releases, Buso Renkin: Part 2. I caught up a little late with the conclusion of the series (those half season boxsets from Manga are just so convenient), and immersed myself once more in the world of alchemy and monsters, teenaged schoolboys with super powers, and a smidgen of romance thrown in for good measure. I found the first half of the series to be very clichéd and formulaic, while being surprisingly good fun and energetic. See if it managed to keep up the good work by clicking the link. 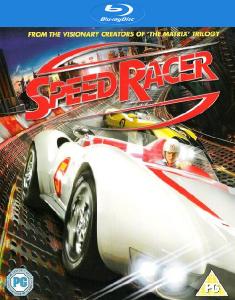 David Beckett wrapped the week up with his review of Speed Racer, the Bluray release. We're going to be seeing a lot more of these in years to come, as Hollywood now turns to anime for their next haul of creative plunder. But who better to kick things off in terms of tinseltown anime adaptations than the Wachowski brothers, whose love of all things anime became clear with the groundbreaking Matrix, and underlined with the Animatrix, a collaboration with some of anime's finest talent. Speed Racer was a 1967 anime that pretty much did what it said on the tin. The Wachowskis have given it a neon plastic makeover that causes retinal burns. Read David's review, and don't say that I didn't warn you about the screenshots.

Death Note 2 was released by 4Digital Asia last month, as was Manga Entertainment's Buso Renkin. The Bluray of Speed Racer is released by Warners today. It will be the disc that's glowing brightly in the aisle.